An article in a New York magazine was that was published in February of 2014 was titled ” Is  Gentrification All Bad” and that gave Spike Lee the opportunity  to speak about all the negative of gentrification in New York City .

Spike was speaking on a Tuesday night not too far from his father’s home proceeded to go on a rant when asked about gentrification. when he was nearly asked a question about “the other side” of the gentrification debate. “Let me just kill you right now,” Lee interrupted, “because there was some bullshit article in the New York Times saying ‘the good of gentrification.’”

Lee has a first hand view of how gentrification can change a neighborhood because he has seen it happened in his very own neighborhood where he grew up as a child. He has been on the record that it is every person’s right to live where they want to but has issues with how the activity and safety improves once white people move in.

As Lee begins his argument, he compares what he saw growing up in Fort Greene and how it has drastically changed once White people started moving in. “I grew up here in Fort Greene. I grew up here in New York. It’s changed. And why does it take an influx of white New Yorkers in the south Bronx, in Harlem, in Bed Stuy, in Crown Heights for the facilities to get better? The garbage wasn’t picked up every motherfuckin’ day when I was living in 165 Washington Park. P.S. 20 was not good. P.S. 11. Rothschild 294. The police weren’t around. When you see white mothers pushing their babies in strollers, three o’clock in the morning on 125th Street, that must tell you something.” 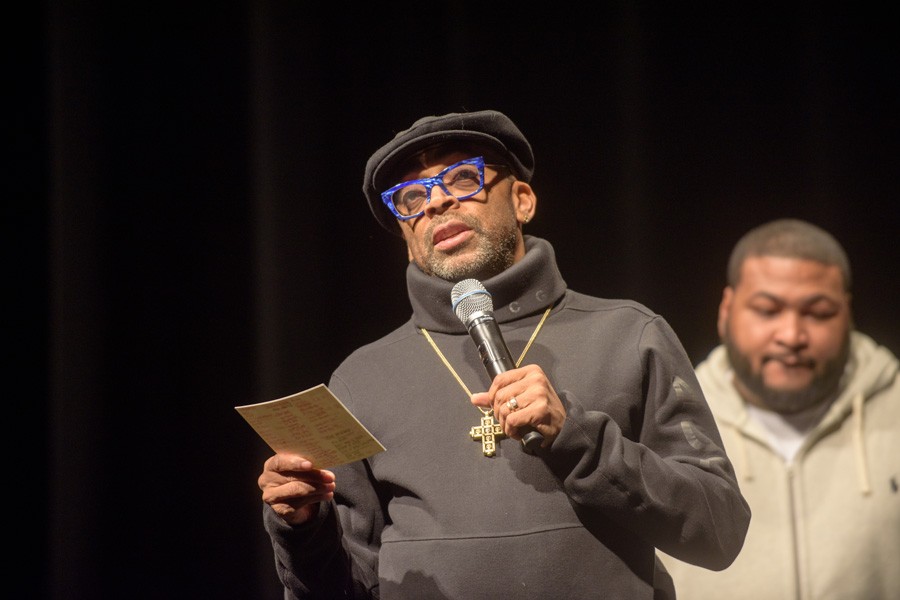 Now although this is wrong on account of the expenses of living in that area being higher now that others have decided to move into the neighborhood. With that , comes the protection of the police and better schools for all the kids that live there. In order for gentrification  to work , there has to be change in that just not those neighborhoods that White people enter but all neighborhoods around New York City just as the original New York Magazine talks about. “Gentrification doesn’t need to be something that one group inflicts on another; often it’s the result of aspirations everybody shares. All over the city, a small army of the earnest toils away, patiently trying to sluice some of the elitist taint off neighborhoods as they grow richer. When you’re trying to make a poor neighborhood into a nicer place to live, the prospect of turning it into a racially and economically mixed area with ­thriving stores is not a threat but a fantasy. As the cost of basic city life keeps rising, it’s more important than ever to reclaim a form of urban improvement from its malignant offshoots. A nice neighborhood should be not a luxury but an urban right.“‘

Lee who was raised in Fort Greene, has witnessed first hand how his neighborhood has changed over the years.

View all posts by newsforbrooklyn